A baseball fan died last night after falling nearly 70 feet from the upper-deck at Turner Field in Atlanta.

The incident involving a 30-year old Georgia man occurred around 8:55 p.m. Monday night. Investigators are unsure of why the man fell but believe that the fall was accidental. They have not said whether alcohol was a factor in the fall.

This is the second death at a Georgia sports stadium since last year. Last August a Tennessee fan died after he fell 45 feet at the Georgia Dome during a college football game between Tennessee and North Carolina State. 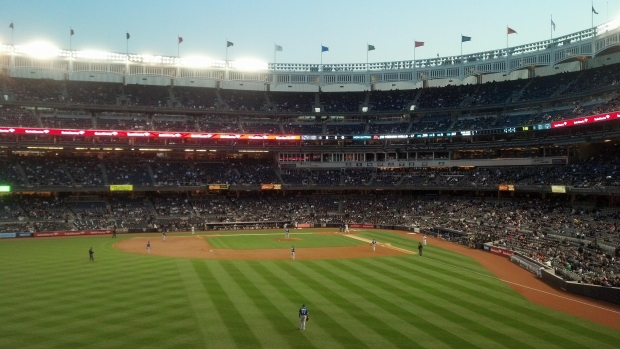 When incidents like this occur, the first questions people usually ask are “Why did this happen?” and “Who is responsible?” People are also concerned about how the incident could have been prevented and how future similar incidents could be prevented. Referring back to an earlier blog we posted about fan injuries in stadiums, there are several things that can explain the legal responsibility a stadium owner has to a fan that has been injured while at the vicinity.

Owners and managing companies of these large stadiums are fully aware of the types of risks posed to individuals who visit their establishments, and often tickets to sporting events or concerts are printed with a disclaimer and assumption of potential risk statement. These statements essentially mean that by purchasing the ticket, the guest understands the risk for injury and assumes responsibility should he or she be injured at the stadium. The statements also relieve the stadium’s owners or managers from assuming legal liability for the injured person.

In addition to the disclaimer on tickets, venues that regularly host sporting events are outfitted with protective equipment to prevent spectator injury. At Fenway Park for example, there is a protective net behind home plate and surrounding sections to protect fans from wild pitches and foul balls. And at the Bruin’s home ice rink at the TD Garden, there is protective glass as well as netting surrounding the ice to shield spectators from flying hockey pucks.

While ticket disclaimers as well as preventative measures serve to protect venues from legal responsibility should someone be seriously injured, and courts typically disregard personal injury claims because of that rule, there are some exceptions. Personal injury and negligence claims may be filed if an injured party can prove that the owners of the sports stadium or entertainment venue did not take adequate measures to keep them safe. An example of a premises liability situation that does not fall under the “assumption of risk” disclaimer could include a faulty railing or broken steps that cause a fan to fall and become injured because of faulty property maintenance. In the case of the Atlanta fan’s death, investigators will look to see whether it was a preventative safety measure that was not in effect that could have caused the incident. Additionally, investigators will try to determine if alcohol was a factor in the incident and whether the individual was over-served during his time at the stadium.

If you or a loved one was injured while attending an event at an arena or sports stadium, call one of the experienced Boston Premises Liability Attorneys at the law offices of Altman & Altman. Upon thorough review of your case, our lawyers can determine whether you have grounds to file a claim against an owner of a venue for negligence and failing to protect your safety. Our team of seasoned attorneys has nearly 50 years of experience handling premises liability cases, and we have successfully recovered millions in compensation for our clients. All initial consultations are free and our lawyers are available around the clock to answer any questions you may have regarding your case.