Last Tuesday, June 14, 2016, a two-year-old boy was with his family at Disney World Resort in Orlando, Florida when he was attacked by an alligator.  The boy was playing in less than a foot of water when an almost 7 foot long alligator grabbed him and dragged him into the Seven Seas Lagoon by the popular Grand Floridian Hotel.  After hours of searching, the boy’s body was found the next day less than 15 feet from where the alligator originally snatched him.  An autopsy was performed, and the cause of death was determined to be drowning and traumatic injuries.  Since his death, there have been many questions of liability regarding the incident.  There were “No-swimming” signs posted around the beach and warnings regarding deep water and steep drop-offs, but there were no signs that warning of alligators.  Now the question is can Disney be held liable for this boy’s death for having prior knowledge of these alligators and failing to warn its guests of the potential dangers?

The Florida Fish and Wildlife Conservation Commission estimates that there are about 1.3 million alligators in Florida, most of these being found in the wild.  Of these alligators, most do not cause problems, but there are time when alligators attack or can be a pest to communities.  The Statewide Nuisance Alligator Program (SNAP), the program responsible for dealing with alligator-related complaints, reported receiving 13,962 nuisance alligator complaints in 2015.  Disney was aware of the presence of alligators in their lakes and lagoons; it even has its own wildlife-management team.  One Disney grounds keeper confirmed this and also said that the gators rarely come on shore but “you should not go in the water.”  The so-called Seven Seas Lagoon where the attack happened is a man made lagoon but it is connected to other bodies of water in areas packed with alligators.  During the search for the boy’s body, five alligators were removed and all were euthanized to see if one of them was the gator who attacked the child.  END_OF_DOCUMENT_TOKEN_TO_BE_REPLACED

A 40-year-old Medford man died earlier this month in a Cape Cod, MA drowning accident at the Bayside Resort Hotel in Yarmouth. This is the second swimming fatality at the hotel in four months.

According to the media, first responders started administering CPR to Thomas Flynn at the scene. He was later pronounced dead upon arrival at Cape Cod Hospital.

Police say that a young hotel guest discovered him at the bottom of the pool’s shallow end. Bystanders pulled him out of the water.

END_OF_DOCUMENT_TOKEN_TO_BE_REPLACED

Two sisters, ages 9 and 12, were flown to Children’s Hospital in Boston after they were pulled from the bottom of an indoor swimming pool at the Bayside Resort in Cape Cod. Witnesses say that the girls were rescued from the Yarmouth, MA near drowning accident after family members and guests noticed they were in trouble.

An uncle was supposed to be supervising them when the swimming accident happened. There was no lifeguard on duty at the time.

The two girls, who are from New York, were in Yarmouth on vacation. As of Wednesday night, police were reporting that the sisters were in serious to life threatening condition.

END_OF_DOCUMENT_TOKEN_TO_BE_REPLACED

Gregorio “Junior” Ortega, a 20-year-old from Lawrence, Massachusetts is in a coma after he almost drowned in a wave pool at a New England water park. According to relative, the near drowning happened while Ortega was attending his 13-year-old’s brother’s birthday.

The swimming accident occurred around noon while Ortega was in the wave pool at Water Country park. His cousin, Nicole Villafane, says that that he struggled in the water for some time before he was rescued.

She believes that the wave pool was too crowded that day and there should have been more than four lifeguards on duty. The lifeguards and park staff performed CPR on Ortega until firefighters and paramedics arrived. According to Portsmouth, N.H. Fire Chief Steven Achilles, it is not uncommon for the fire department to get calls at least once or twice a week during the summer about injuries that occurred at the park.

END_OF_DOCUMENT_TOKEN_TO_BE_REPLACED

As the weather heats up, we’d like to send out a friendly reminder to play it safe this summer, especially around pools.

While swimming pools can be a fun way to cool off during bouts of warm weather, there are serious hazards to being around a pool that put people at risk for injury and even death.

An estimated 10 people die every day from unintentional drowning, according to the U.S. Center for Disease Control. Of these drownings, 2 are children aged 14 or younger. Currently in the United States, drowning ranks as fifth among the leading causes of unintentional injury death.

In a breakdown of the topic, accessed from the CDC, there were an average of 3,533 fatal unintentional drownings (non-boating related) between 2005-2009 annually in the United States. The report also found that an additional 347 people died each year from drowning in boating-related incidents. About 20% of drowning victims are children aged 14 and younger, and for every child who dies from drowning, another five receive emergency department care for nonfatal submersion injuries (according to CDC website). In addition, more than 50% of drowning victims treated in emergency departments require hospitalization or transfer for further care, because often, these nonfatal drowning injuries cause severe brain damage that may result in long-term disabilities such as memory problems, learning disabilities, and permanent loss of basic functioning.

Those at risk include:

• Males: Account for 80% of drowning victims.
• Children: Children between the ages of 1 and 4 are at the greatest risk of drowning. According to the CDC, in 2009, among children 1 to 4 years old who died from an unintentional injury, more than 30% died from drownings. The majority of these drownings occurred in home swimming pools. According to the CDC, drowning remains the second-leading cause of unintentional injury-related death behind motor vehicle crashes.
• Minorities: Between 2005 and 2009, the fatal unintentional drowning rate for African Americans was significantly higher than that of whites across all ages.
END_OF_DOCUMENT_TOKEN_TO_BE_REPLACED

Cheryl Angelo is suing USA Triathlon in her husband’s drowning death. Richard Angelo, 53, died last summer while taking part in the event in Vermont. Now, Cheryl is seeking $1 million from the organizers of the event.

According to her wrongful death complaint, Richard went into medical distress while swimming at the event, which took place in Lake Champlain in Vermont on August 18, 2012. He was taken to the hospital after rescue crews discovered him in the water. An autopsy report states that the 53-year-old drowned.

Now, Cheryl is contending that USA Triathlon was negligent in how it ran the athletic event, did not properly supervise the swim, and lacked sufficient lifeguards, trained staff or adequate lifesaving equipment. She says that her husband was seen going off course during the event and while rescue personnel tried to redirect him, that was all they did.

END_OF_DOCUMENT_TOKEN_TO_BE_REPLACED

According to a new US Consumer Product Safety Commission report, the majority of child drowning deaths are taking place in backyard pools. Drowning remains the number one cause of accidental child deaths for kids between ages 1 and 4 and minorities.

Per the CPSC’s latest findings:

END_OF_DOCUMENT_TOKEN_TO_BE_REPLACED

Emergency responders were dispatched when an administrator at the school called for help around 11:45 a.m. Police and firefighters performed CPR on 15-year old Danny Svay, but were unable to revive him. He was pronounced dead at Lowell General Hospital. 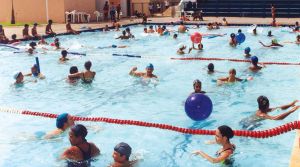 The Middlesex District Attorney’s Office is calling the drowning accidental, and do not suspect foul play. This is the second drowning at the school in less than a year. A 17-year old student drowned last August.

Though officials are still investigating the true cause of the boy’s drowning, questions do arise as to the safety procedures currently put in place to prevent such accidents from occurring. A lack of preventative measures could have been the cause; such as the amount of trained pool staff, warning signs, pool clarity, etc. In 2011, a municipal pool in Fall River failed to follow proper safety protocols which ultimately cost a woman her life.

On June 26, 2011, Marie Joseph was swimming with her friends when she went down the pool slide and drowned in 12 feet of water. The water was so cloudy and dirty that Joseph’s body remained unnoticed at the bottom of the pool for two days until it floated to the surface.
END_OF_DOCUMENT_TOKEN_TO_BE_REPLACED

According to the U.S. Consumer Product Safety Commission, media reports reveal that between Memorial Day and Labor Day of this year there were at least 137 child drowning deaths and 168 near drownings (serious enough to warrant emergency help) in US pools and spas. 54 of these drownings took place not long after the victim had left the proximity of a grownup in the immediate area. 31 kids drowned even though there were people in the pool with them. At least 100 of these children were under the age of 5. Seeing as drowning is the number one cause of accidental death among kids in the one to four age group, these latest figures are, unfortunately, not surprising.

Our Boston swimming accident lawyers represent children and their families with claims and lawsuits against negligent parties that either directly or indirectly caused a child’s injury or death. Depending on the specifics of what happened, possible liable parties when drowning in a spa or pool is involved may include the pool/spa owner, the manufacturer of a defective pool or spa part, or the party that was responsible for supervising the victim at the time of the accident. Altman & Altman LLP is experienced in handling cases involving the Massachusetts personal injury areas of premises liability, negligent supervision, and products liability. We also handled drowning accidents and deaths involving adult victims.

In a report that it issued earlier this year, the CPSC noted that during the summers of 2007, 2008, and 2009 about 243 kids drowned in spas or pools each season-with about 390 child drowning deaths ultimately reported for each year. Also, for 2009, 2010, and 2011 on average there were about 5,200 spa- or pool- related submersion injuries that required ER care each year. Once again, kids under age 5 made up the majority of the reported child deaths and injuries.

END_OF_DOCUMENT_TOKEN_TO_BE_REPLACED

Raphael Perez, 18, drowned in a pond in Myles Standish State Forest last night. At the time, the Brockton teen was on a camping trip with a Seventh-day Adventist church from Fall River.

According to State Police, Perez became “distressed” during his swim in Charge Pond. He was pulled out of the water after the Plymouth, Massachusetts drowning accident and CPR was performed on him. The teen was then taken to the hospital where he was pronounced dead.

Perez’s sister, Monica Perez, said that brother drowned while helping another struggling swimmer. Monica was not at the pond that night. The district attorney’s office is investigating the Plymouth drowning accident.

Myles Standish is supervised by the Massachusetts Department of Conservation and Recreation. According to a department spokesperson, boating and swimming are allowed in Charge Pond between dawn and dusk, there are no lifeguards (signs are posted to indicate this), and there is a demarcated swimming area.

Drowning Accidents
Massachusetts drowning accidents can happen in pools, hot tubs, and in natural bodies of water. As our Boston injury lawyers have said in the past, it is important that the necessary care is exercised by those in charge of a swimming area to prevent or decrease the risk of a drowning.

Obviously it is too soon to tell what happened at Charge Lake last night or if anyone should be held liable. For example, did the state do enough to exercise this type of are? How many fatal drownings have occurred there in the past? Could something have been done to prevent Perez’s drowning? Should the church group that he had gone camping with have done more to properly supervise the participants?